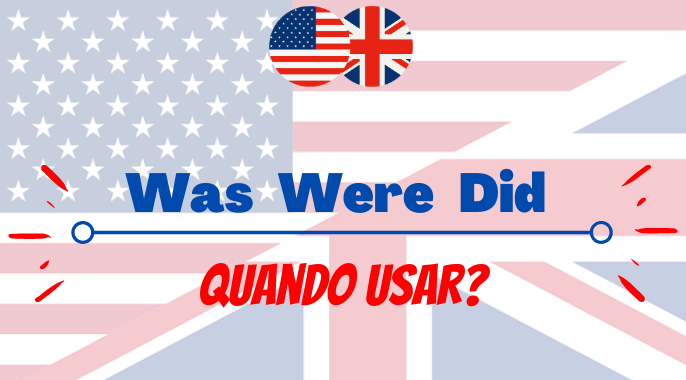 Past Continuous e to be (past) no inglês

Você conhece bem a conjugação do verbo to be no presente (I am, You are, He is, She is, It is, We are, You are e They are) – agora você sabe como é o passado do famoso verbo ser / estar? Este é o tema da aula de hoje! Além da conjugação deste importante verbo, vamos abordar também o tempo verbal Passado Contínuo.

Did you travel to Brazil last year?

O passado do verbo to be tem a seguinte conjugação:

She was in New York last Easter.
I was in Michael’s house yesterday morning.
He was a teacher at London University.
My dog was on my bed in the afternoon.

You were in New York last year!
They were teachers in Chicago University.
We were good students in high school.

A estrutura é simples – sujeito + was / were.

You weren’t in Michael’s party last Sunday.
They weren’t at the Italian restaurant last weekend.
We weren’t at home last Easter.

A) Mike were – was at home last weekend.

B) Paul and Mike were – was in their job on Saturday.

C) Susan were – was in Montreal two years ago.

E) She wasn’t – weren’t in her company in the morning.

F) Was – Were Mike in your house last weekend?

G) Were – Was Donald and Mike at the university on the weekend?

Peter wasn’t working at home yesterday. He was in his job.

TO BE IN THE PAST + SUBJECT + VERB ING

Was your sister working yesterday morning?

What were you doing on Friday morning?
I was studying History at London University.

What was your brother doing last weekend?
He was swimming in the club.

What were your friends doing in the morning?
They were preparing reports for the university.

What was your boyfriend reading last night?
He was reading a novel.

What were your cousins playing last Sunday?
They were playing the piano.

A) Paul was work – was works – was working on Monday.

B) Paul was studying – was studies – was study Japanese today in the morning.

G) Were – Was – Were was your sister in the hospital?

WAS WERE: Quando usar o DID – Past TO BE | Past Continuous